SofTap® began in 1988, when Alexis Lawson began experimenting with pens and tools in the hopes of doing more beautiful permanent makeup. Alexis fashioned an autoclavable pen prototype for eyebrow procedures and began to use it as a practice tool at her school in San Leandro, California. 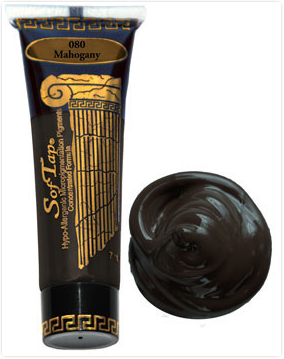 The SofTap® Hand Method is the easiest and gentlest way to implant permanent color into the skin. Our patented line of micropigmentation needles gives you complete control over every procedure, no vibration, no noise, no worries. Every move you make, every touch, gives your client the purest form of your artistry. Wouldn't you love to put your name on work like this?

Yes! That is an eyebrow done with the SofTap® method! Clients love the look of real hair in their eyebrows. This client had no hair at all in her brow area, but after just one treatment she could show off these beautiful hair strokes--and no one would ever know she had it done! With SofTap®, you can expect only the most beautiful, most natural results in permanent cosmetics.